We are missing a meter – with this dilemma the owners of this house turned to me. After living there for a few years they decided to make some changes, focusing on the kitchen. The design intent to expand the space of the kitchen combined with the living area has led to a change in the internal distribution thanks to wall modifications.

And how was the missing meter obtained? By demolishing one of the two bathrooms on the floor. The kitchen has taken a larger shape, enough to include an island. A practical element that can be used as an additional work and convivial space for a breakfast or aperitif. A thick top wraps the island also on the sides, creating a solid appearance, while the sink made entirely of the same material adds personality to the kitchen.

An unusual solution was to use a wall-mounted storage panel, instead of the wall units, traditionally used in the kitchen, which allows you to move, add or remove functional elements along the appropriate tracks.

In autumn as in winter, nothing makes the domestic atmosphere more welcoming and intimate than a fire crackling in the living room. In this project, the fireplace is a compositional center of the house, and in addition to being moved to improve the internal distribution, it has been modernized, using a closed hearth model with a rectangular shape, accentuating the lining of the flue with a concrete effect stucco.

Also contributing to the contemporary ambiance was the large plank oak floor. The existing sofa has found its new position in front of the matt lacquered wood paneling that houses the TV and is flanked by a practical large container for storing glasses and table linen. 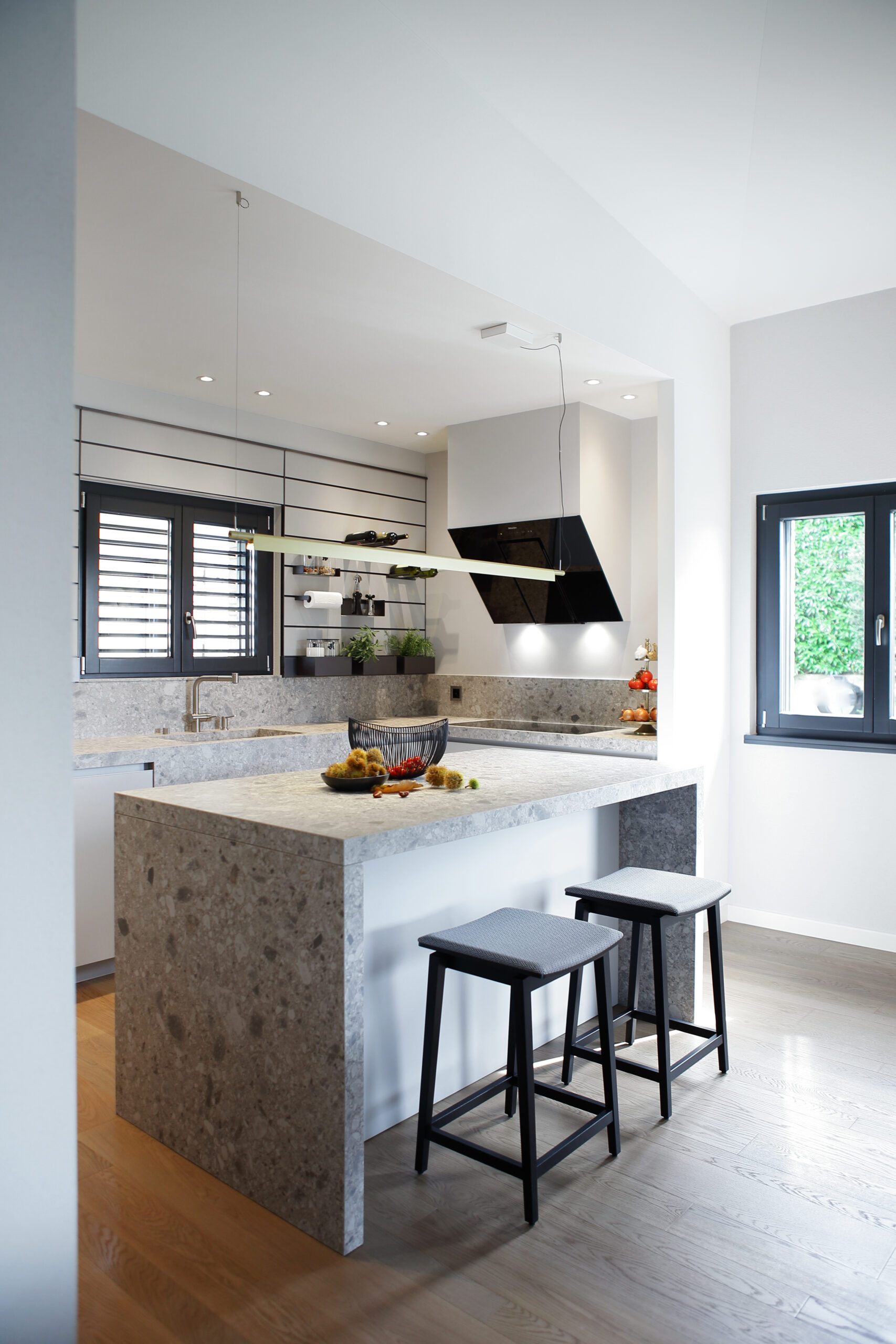 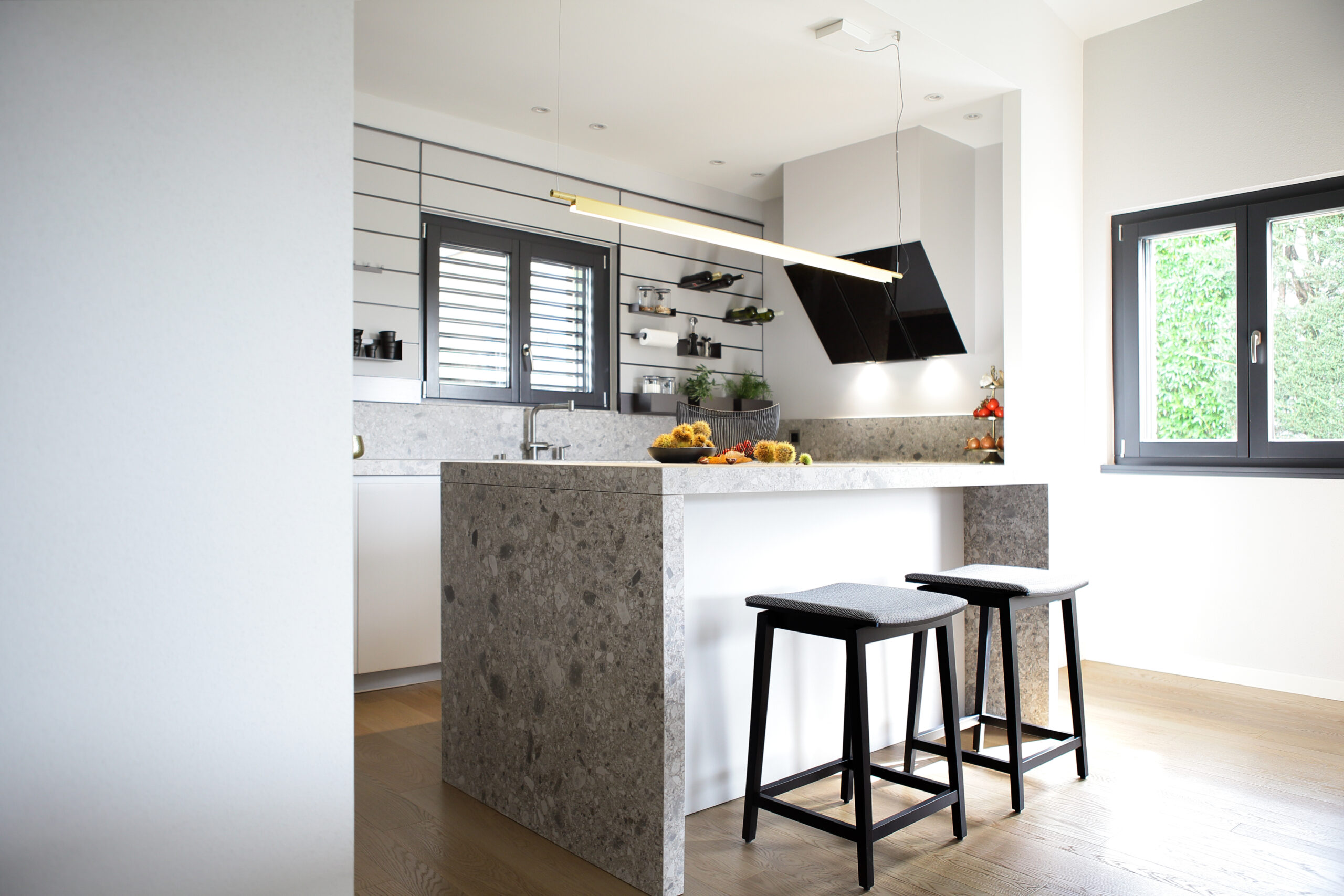 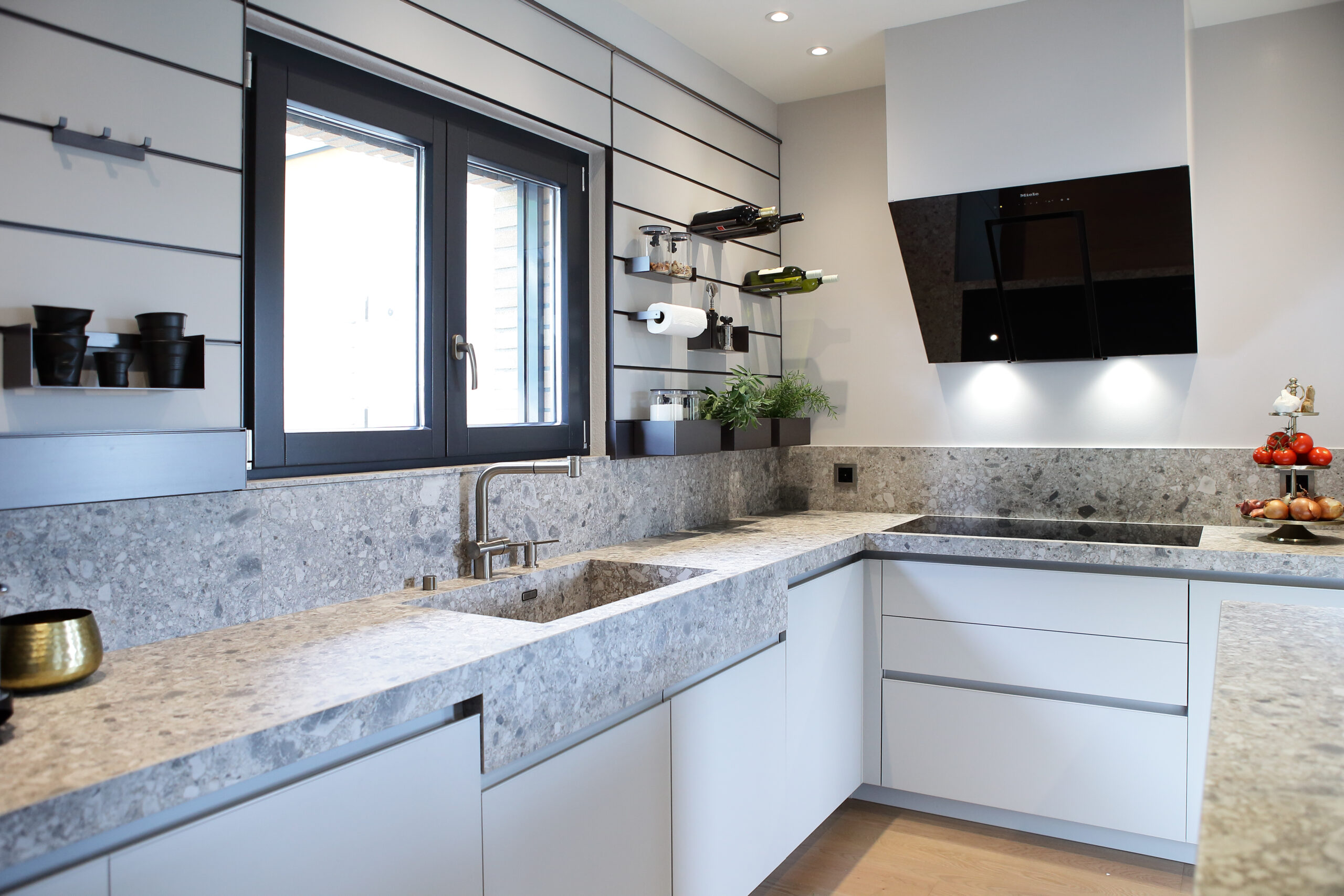 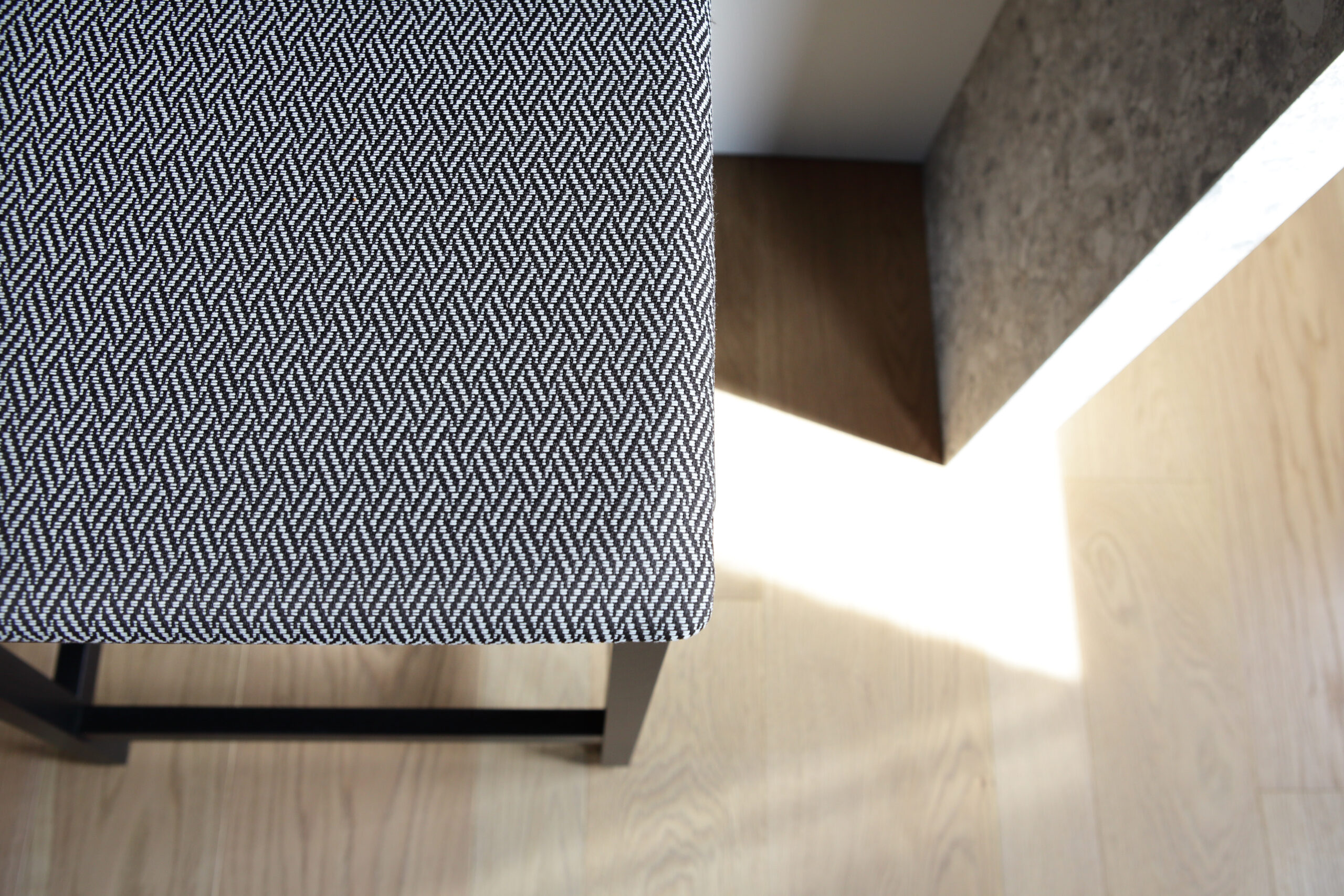 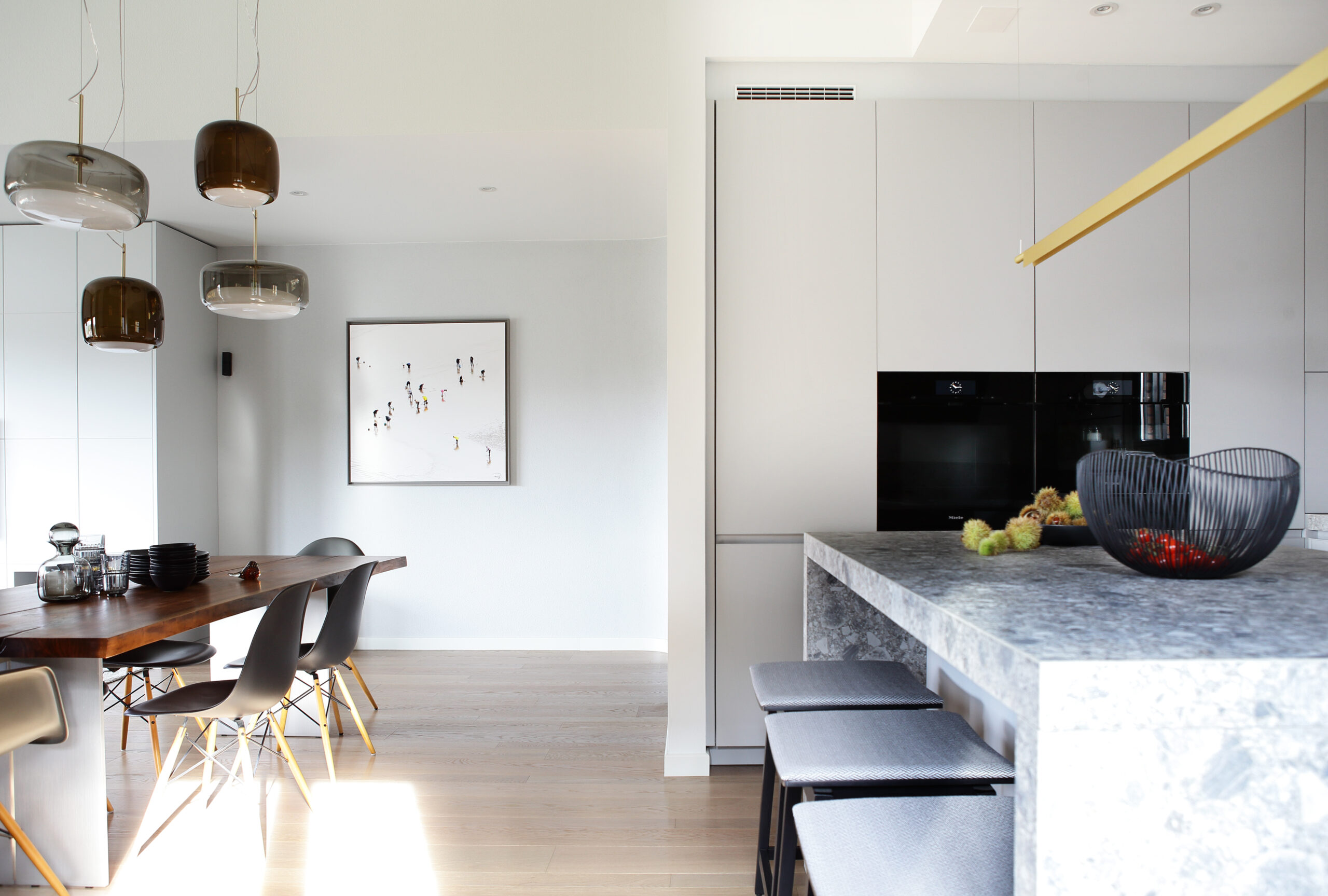 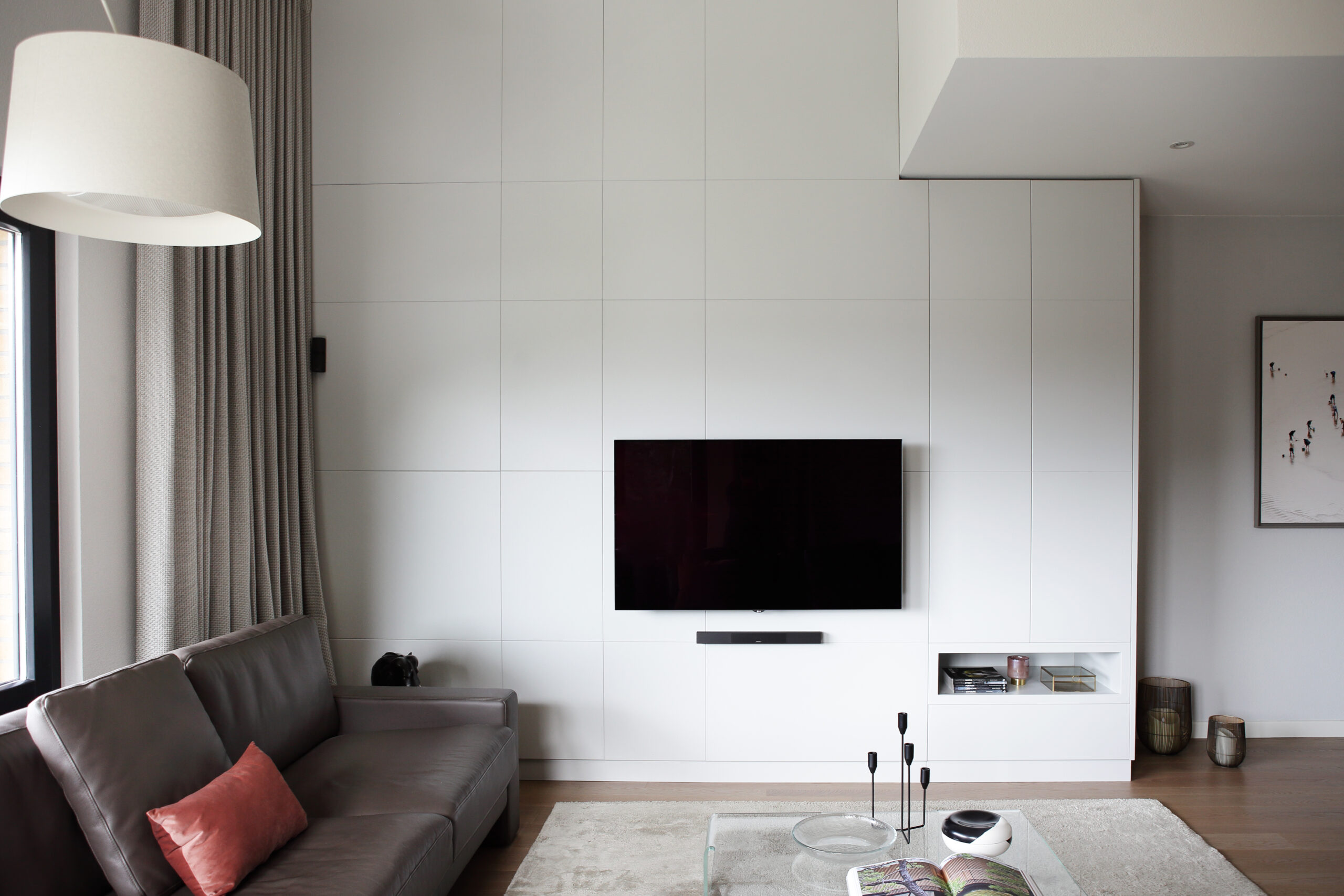 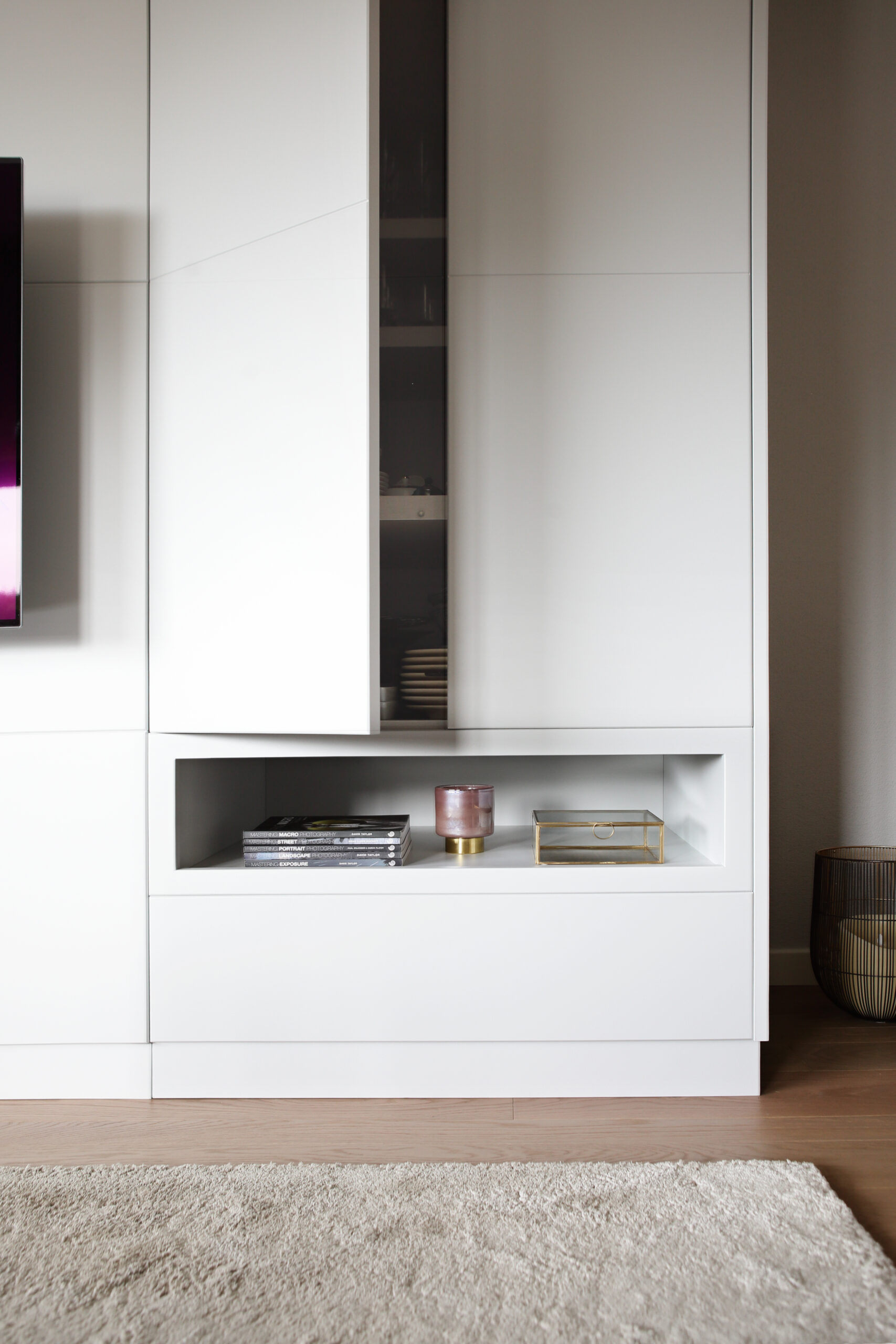 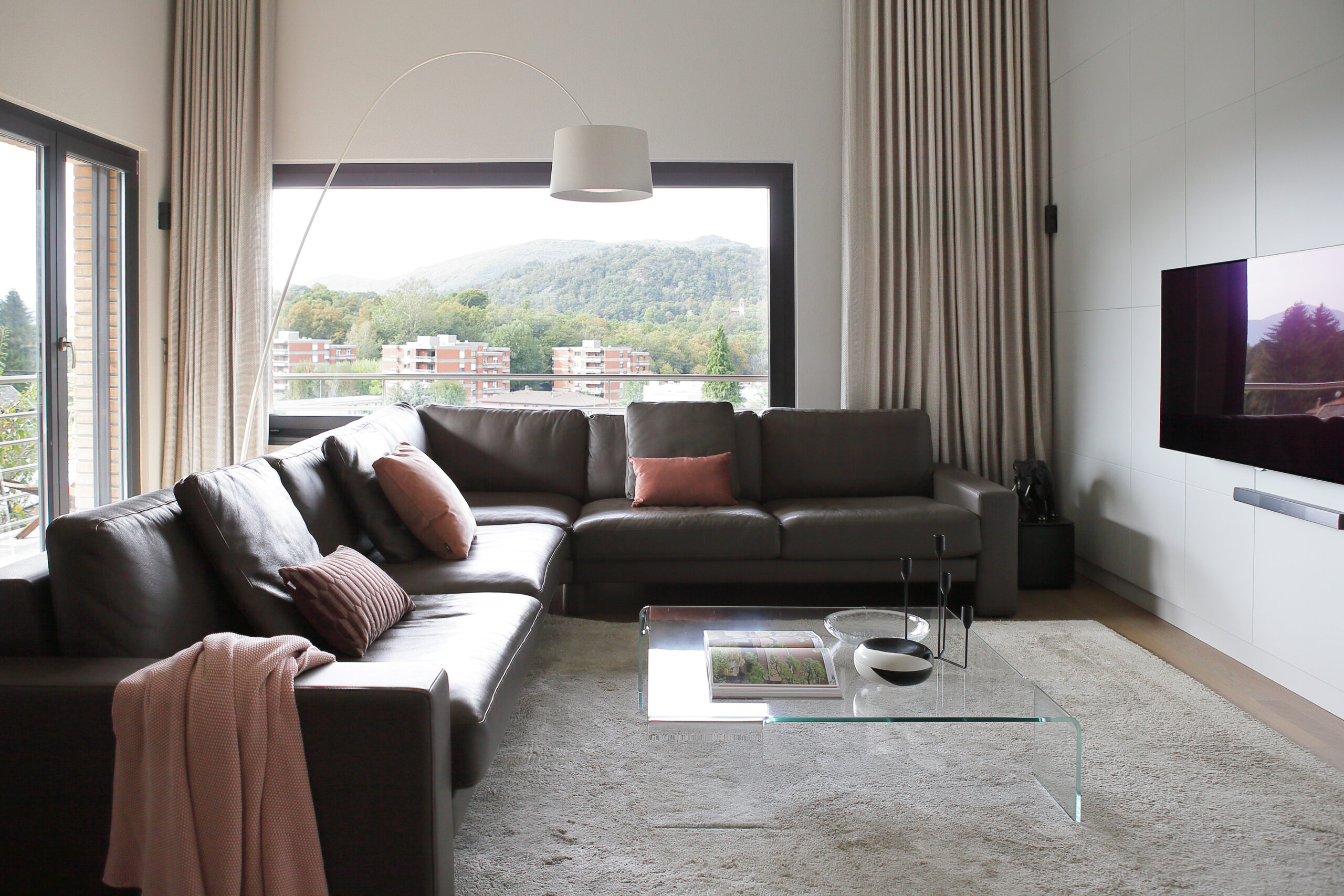