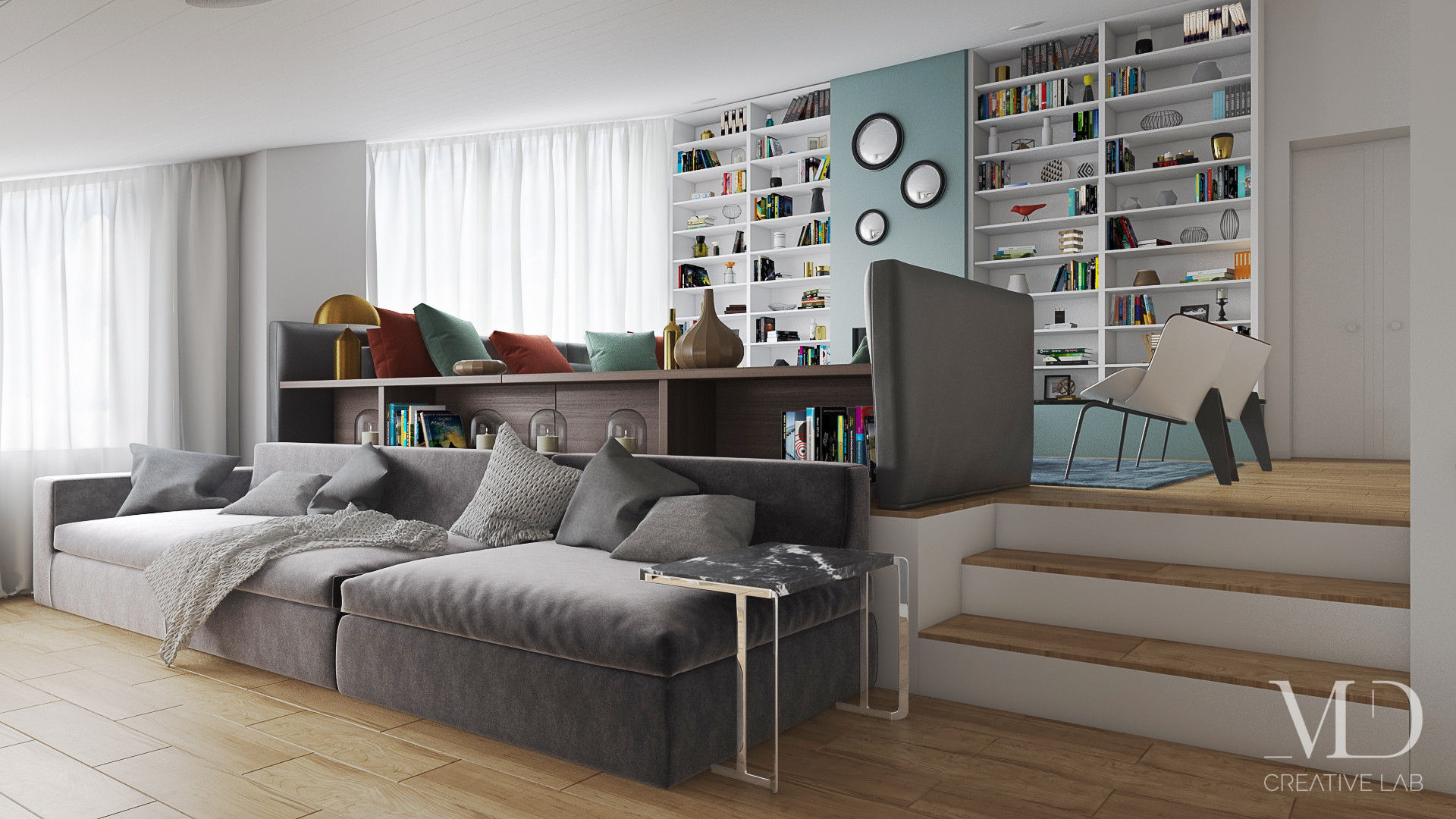 Furnishing a habitable attic, for reasons of ceiling heights and its various inclinations, can put anyone in difficulty. The key is to find the solution that allows you to make the most of the available space and make the environment unique and personal.

To begin the project of an attic it is necessary to start from the study of the heights to position the systems in the lower areas and study the service areas as closets. The great advantage of a living room in the attic is its natural lighting, which through skylights and windows lets in light without being obstructed by buildings around it. For the evening hours it is advisable to use the space between the beams to integrate spotlights or speakers that will broadcast music in the room.

In the area where the ceiling is highest, I created the bookcase that creates visual order with its symmetry, bringing the eye upwards. The chimney flue is highlighted by an aviation blue color. The comfortable seating in front of the fireplace, with the addition of armchairs, favors dialogue thanks to its vis-a-vis arrangement.

House in the core

This living room was actually created by joining the two houses in the nucleus. For this reason, 3 steps have been inserted that lead from the fireplace area to the TV area. The decision to divide these two functions is due to the family’s lifestyle. The sofa, placed in the highest area, has a practical bookcase with open shelves as its backrest, which acts as a support for the sofa below facing the television.

A light dividing wall acts as a support for the TV and closes the storage area where the height of the roof goes down. The trick adopted to extend the space is to maintain the visual connection with the closet through the opening in the lower part of the partition. 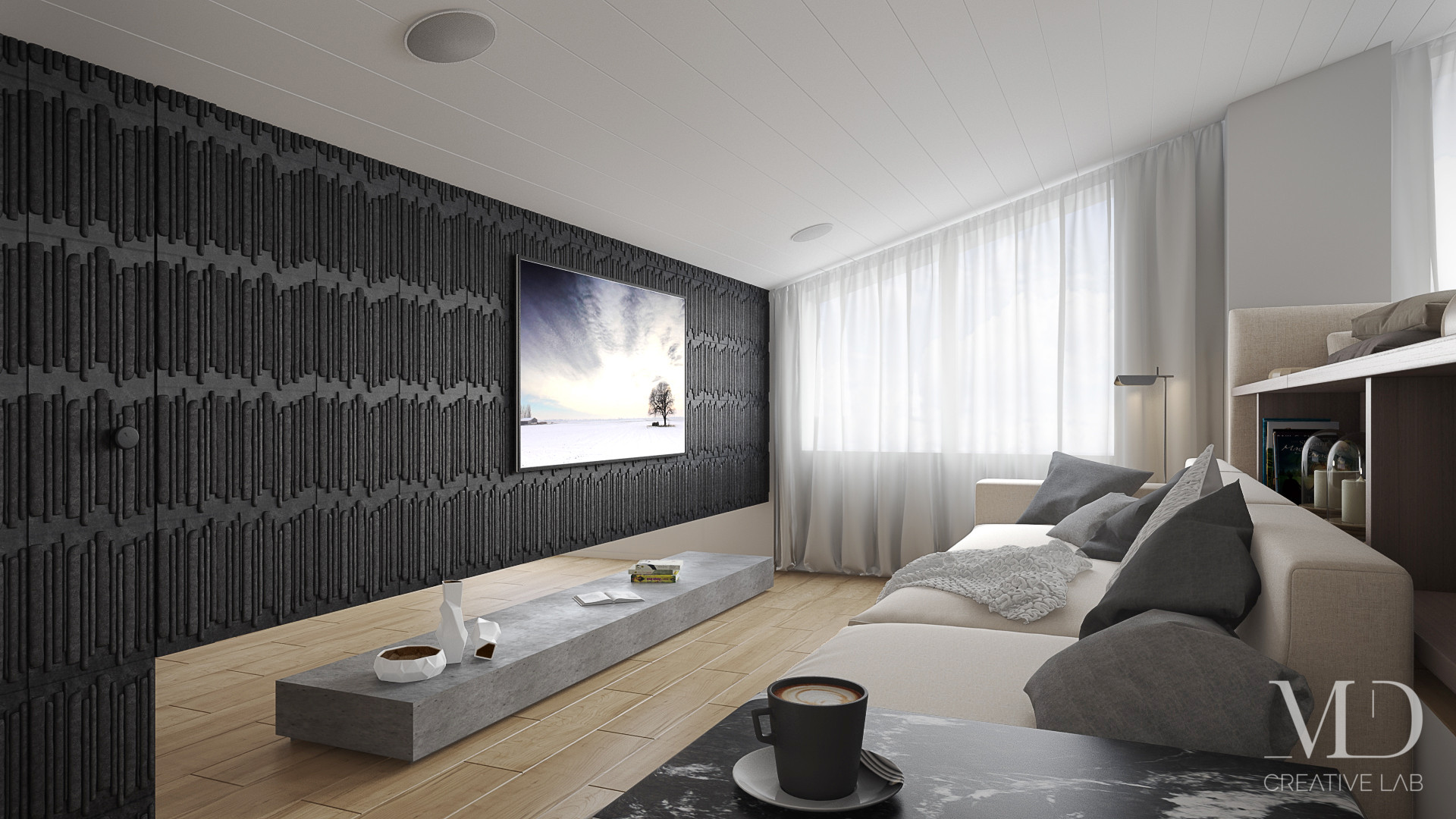 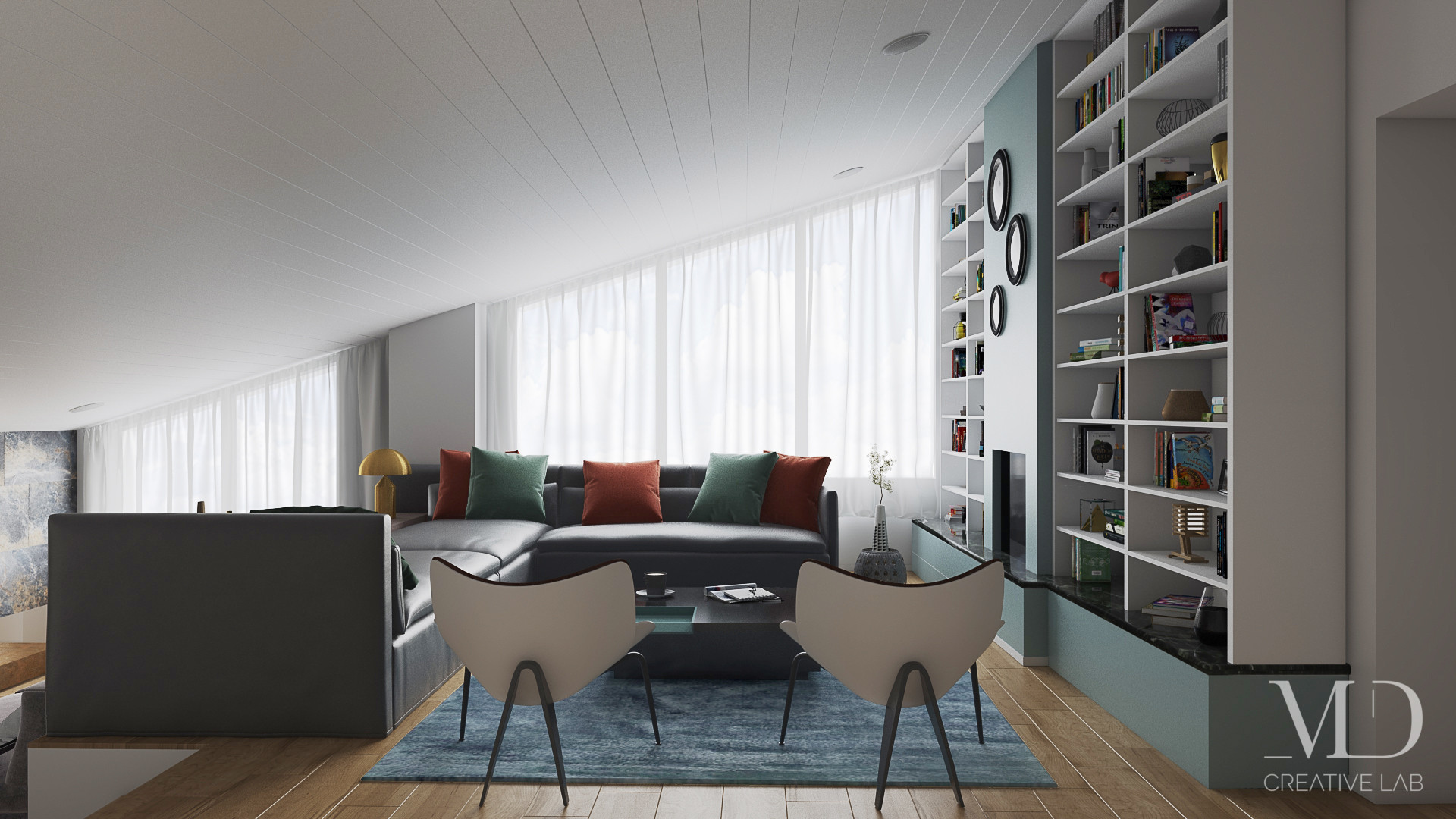 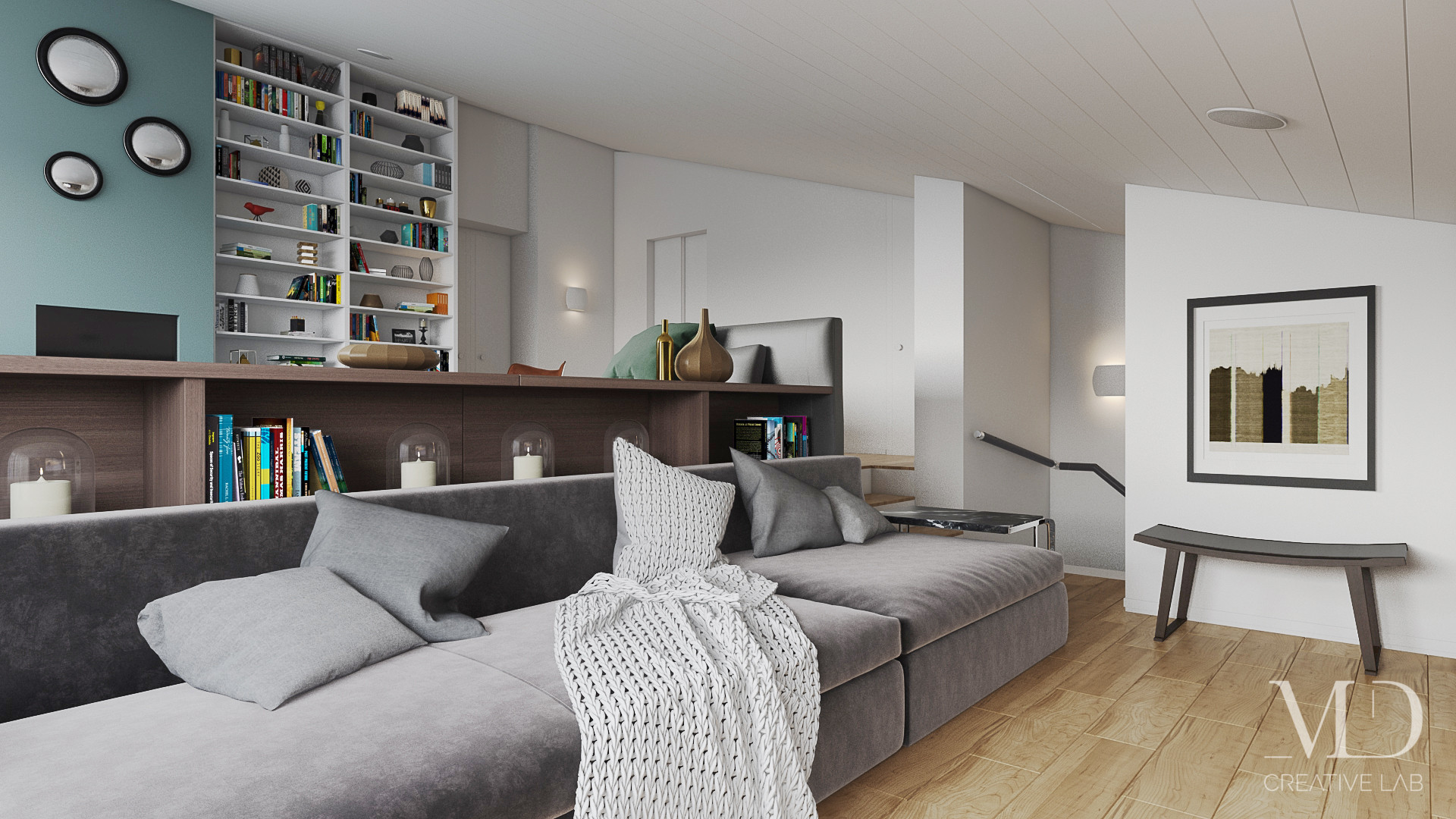 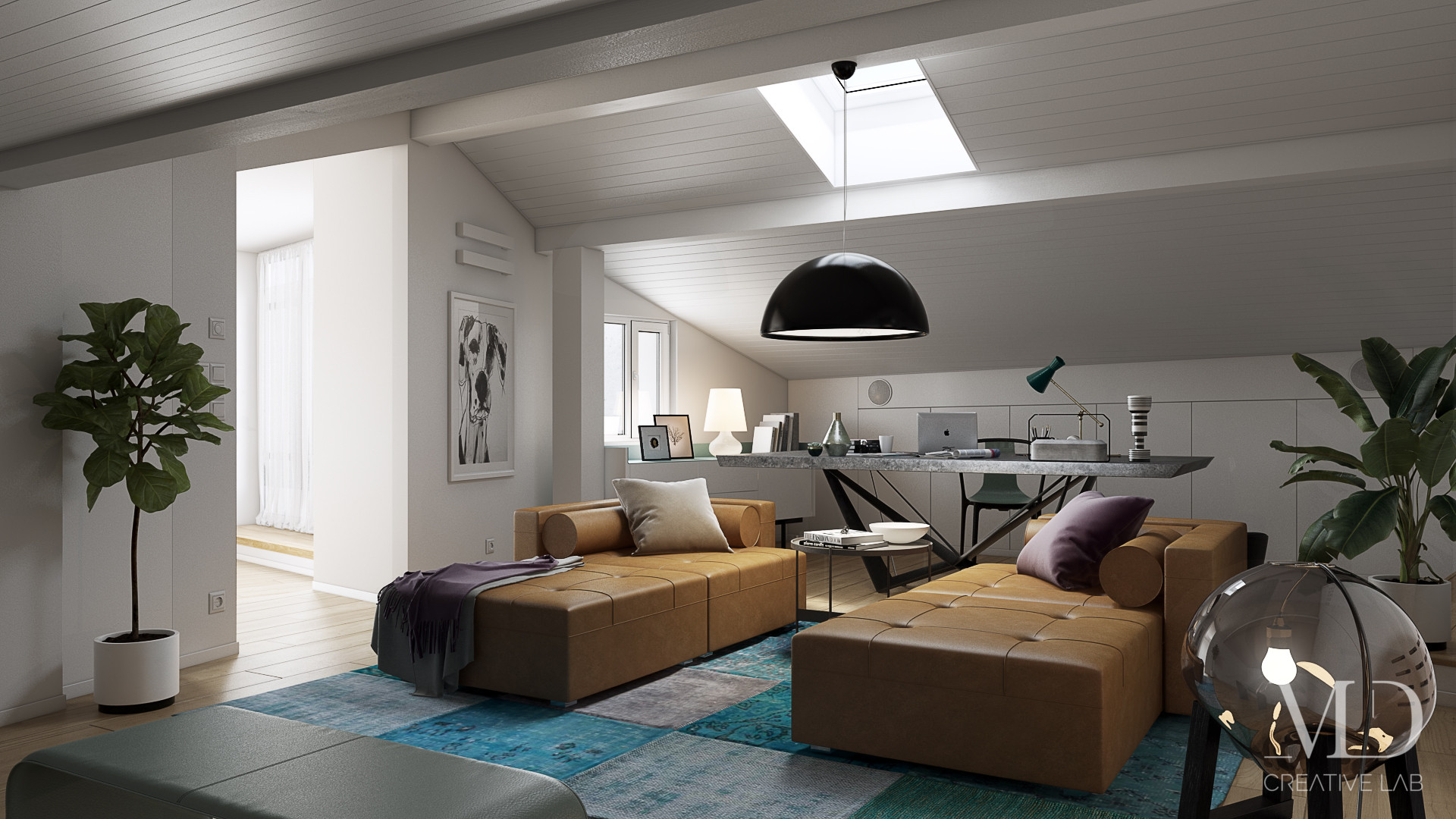 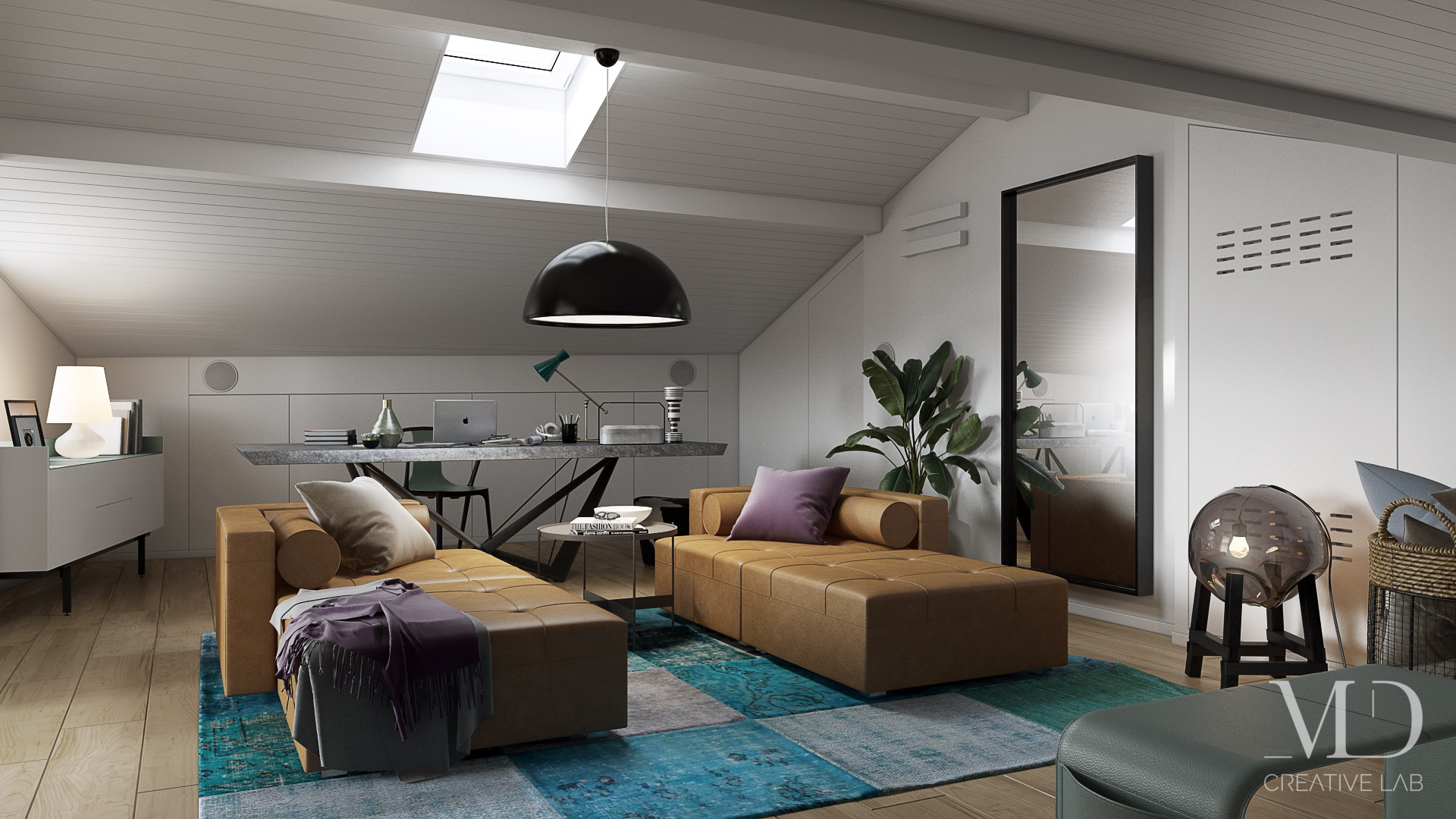 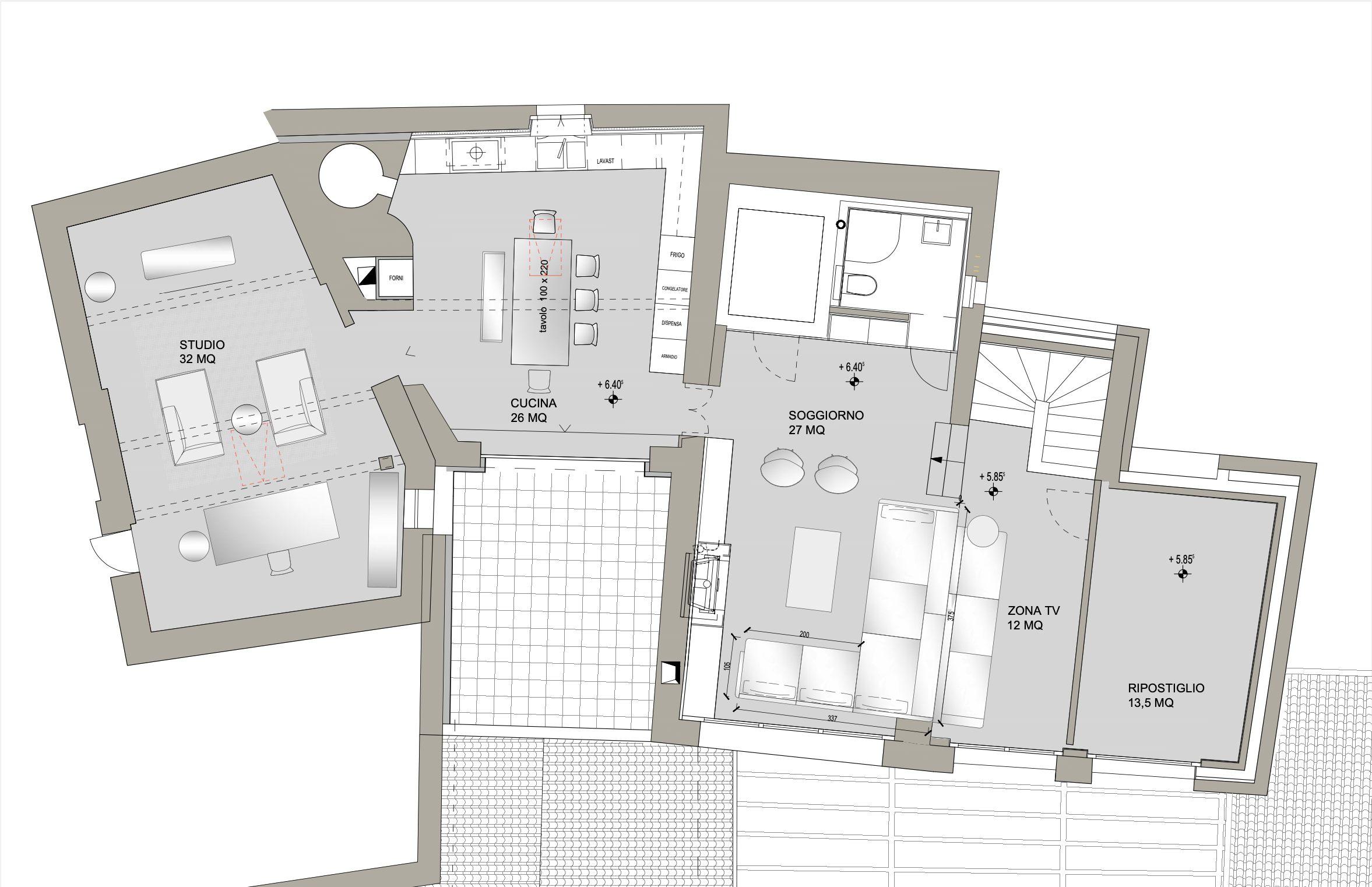